Add this event to any of these calendars

Despite the recognition by Project Managers of the importance of managing risks in the project management, Project Risk Management is the least implemented among the knowledge areas of PMI's Project Management Book of Knowledge (PMBOK).

This course will provide attendees with an introduction key concepts and processes of project risk management to help the organizations in their risk assessments and audit engagements. This will provide detailed discussions of the risk management process as described in ISO 31000 Standards and The Standard for Risk Management in Portfolios, Programs and Projects by PMI and provide practical tips on how to apply this knowledge in audit and consulting engagements.

At the end of the course, the participants shall be able to have:

What You Will Learn

I. Introduction to Project Management 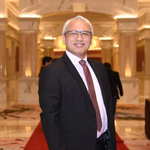