Add this event to any of these calendars

Information Security Governance and The Role Of IA

Information is a significant component of most organizations' competitive strategy either by the direct collection, management, and interpretation of business information or the retention of information for day-to-day business processing. Some of the more obvious results of Information Security failures include reputational damage, placing the organization at a competitive disadvantage, and noncompliance.

This training will provide a thought process on how ISG affects the organization's view and handling of information.

This course facilitates audits of ISG from audit planning to audit analyzing, focusing on testing and analyzing IS data to assess whether the organization's ISG activities deliver its purpose and objectives effectively or efficiently towards the attainment of the organization's goal as a

What You Will Learn 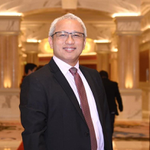