This is a past event. Registration is closed. View other The Institute of internal Auditors Philippines, Inc. events.

12:45 PM - 1:00 PM
Log In
1:00 PM - 1:30 PM
Opening Ceremonies
1:30 PM - 3:00 PM
PS1: Good Corporate Governance: Cognizant of Elevated Impact to Community
Excellent and sound corporate governance goes beyond the range of diversity in the board members' profiles, compliance with required corporate disclosures, and having non-executive directors comprising the majority of the board. It entails strategic and visionary leadership and an ethical culture and business practices with an intense awareness of the needs of its key stakeholders and the organization's impact on the community.

In this session, let us gain deeper insights into how good corporate governance impacts the community and country; and how internal auditors can help promote and be a strong advocate of an ethical culture and business practices. 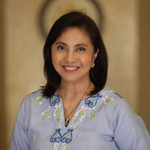 3:00 PM - 3:30 PM
Part 1 AGMM Agenda and President's Report
3:30 PM - 4:00 PM
Break, Announcements, and Recognition of New Members
4:00 PM - 5:00 PM
Testimonial and Awarding of Newly Certified Individuals
5:00 PM - 6:00 PM
PS2: IIA Global: The Power of We
The IIA's #OneIIA encourages all members, Institutes, and Chapters across the globe to collaborate and work together as a unified voice to build an even stronger global knowledge network.

Let us gain insights into the recently concluded IIA Global Assembly, participated by 91 of 110+ Affiliates from different countries and territories. What is the Global State of the Internal Audit Profession, and what to expect from The IIA to help address these challenges? 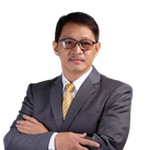 Ador is a highly experienced Chief Audit Executive & Chief Risk Officer with a background in the financial services industry gained from a universal bank, foreign bank, thrift & rural banks, and a multinational insurance company. He is presently the Chief Risk Officer and Data Privacy Officer (previously CAE) of Agribusiness Rural Bank and formerly was a Board of Director and Audit Committee member of Banco Alabang, Inc. (a Rural Bank).

Ador earned his Bachelor’s degree at the University of the East and finished his MBA at the Ateneo Graduate School of Business. He is a CPA, CIA, CFSA, QIAR, and a CISA. Ador is also a Licensed Real Estate Broker, Fellow of the Financial Service Inc. (LOMA), and passed the exam on Certified Investment Solicitor, General & VUL Insurance Licenses.

Leni Robredo is the 14th Vice President of the Philippines, serving as such from 2016 to 2022.

During her term, Robredo reinvented the Office of the Vice President of the Philippines, transforming it from its traditional role of performing purely ceremonial functions to an advocacy centered office. At OVP’s helm, she launched the poverty alleviation program called Angat Buhay (“uplifting lives”), energizing private sector partners and providing a space for them to help some of the poorest, farthest, and smallest parts around the country. Through such collaboration, Angat Buhay reached out to hundreds of communities—from rural areas to the urban poor—and brought much-needed interventions on health, education, nutrition and food security, rural development, women empowerment, and housing. Under Robredo’s leadership, the Office of the Vice President also set the standard of swift, efficient response during disasters and calamities, assisting affected communities from relief to rehabilitation.

By the end of Robredo’s term, the Angat Buhay program had mobilized 914 million pesos, helping more than a million individuals and half a million families in 324 communities nationwide. This was made possible by the generosity and efforts of 551 partner organizations.

Prior to her colorful stint as Vice President, Robredo first entered the Philippines’ political scene in 2013, when she was elected Representative of the Third District of her home province, Camarines Sur. While a neophyte in politics, she was an active member of the 16th Congress, pushing for transparency, accountability, and people empowerment in governance.

A lawyer by profession, Robredo has been working with the poor and marginalized for over three decades, both in private sector and in government. From her career start as a public attorney, to her years as an alternative lawyer, she fought alongside indigent clients, farmers and fisherfolk, abused women and children, laborers, indigenous peoples, informal settlers, among others.

As she returns to private life, Robredo continues the work of uplifting Filipino lives. Soon after her term as Vice President, she set up Angat Pinas, Inc., the non-government organization that now carries the Angat Buhay program. It aims to build the largest network of volunteers in the Philippines, as it focuses on education, health, disaster relief and response, and community engagement.

Robredo was recently invited by Harvard Kennedy School’s Center for Public Leadership to be one of its Hauser Leaders for the Fall 2022 Semester. The fellowship hosts distinguished leaders from various fields, who engage with students, faculty, alumni, and the wider Harvard community. During her stint, Robredo has shared her experiences and advocacies as a public interest lawyer and former vice president, with particular emphasis on institutionalized disinformation and the necessary work to address it.